The purpose of the AntarcticPharma project is to obtain a bacterial extract from an Antarctic bacterial strain (Janthinobacterium lividum ROICE36) and to evaluate its inhibitory capacity against multi-drug resistant (MDR) bacterial pathogens isolated from Romania. The J. lividum strain ROICE36 was isolated from Antarctica by Dr. Cristian Coman after the ROICE 2015 expedition to Antarctica (www.roice.ro) and was deposited in a culture collection at the Institute of Biological Research Cluj-Napoca (ICB Cluj-Napoca). Janthinobacterium is a genus of Gram-negative bacteria, typically isolated from soil and aquatic habitats (Sneath, 1984). J. lividum has been found in various environments, including Antarctica (Rojas et al., 2009; Asencio et al., 2014). Even though the term “Janthinobacterium” means “violet-colored rod” not all known species exhibit a violet phenotype (e.g., Suman et al., 2015), species of this genus being a very promising source to isolate different compounds with antibiotic activity even against important resistant pathogens (e.g., MRSA – multidrug resistant Staphylococcus aureus) (Mojib et al. 2010; Schloss et al. 2010; Huang et al., 2012; Asencio et al., 2014; Suman et al., 2015).

One of the objectives of the ROICE 2015 and 2016 Romanian expeditions to Antarctica was to isolate bacterial strains with biotechnological potential that will contribute to the increase of Romania’s economic competitiveness at EU and worldwide level. Thus, several bacterial strains were deposited in a culture collection at ICB Cluj-Napoca and compared to those deposited in the GenBank database (National Center for Biotechnology Information – www.ncbi.nlm.nih.gov).

The preliminary results that are of great importance for a successfull implementation of the AntarcticPharma project are: 1. The J. lividum ROICE36 strain already isolated and deposited in a culture collection in Romania represents an important preliminary result that increases the feasibility of the proposed project. To fulfill the purpose of the project, it will be characterized, its growth parameters will be optimized for an enhanced biomass and crude extract production. 2. The fact that the efficiency of the extract will be tested against MDR bacteria isolated from Romania that will provide valuable information on which bacterial groups the extracts work better for future projects aimed at developing targeted antibiotics. The strains are deposited in two culture collections: 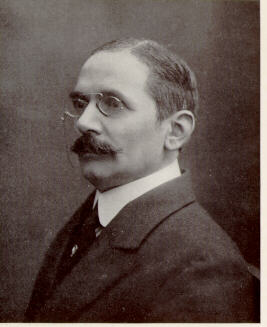